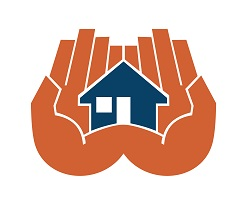 September is REALTOR® Safety month when special attention is focused on the security of having a home on the market and the concerns for the well-being of owners is a day-to-day effort.  The following list may help sellers secure their home and minimize risk.

These precautions should be taken before the photos or virtual tours are made.  Having these items in plain sight in the pictures posted on the Internet can unwillingly provide prospective criminals with a menu of what is available.

Agents cannot protect a seller’s valuables other than to inform the owner of potential threats to their security.  In most cases, the seller’s agent will not be present at home showings and even if they were, it is not always practical nor desirable to follow the buyers and their agent through the home.

Posted by Lizbeth Uribe at 12:17 PM No comments: 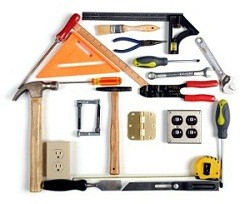 A common expectation of homeowners is to want the components and systems in their home to work when they need them. Periodic maintenance is just as important as having a trusted service provider to make necessary repairs.

Victims of Murphy’s Law can attest that their air conditioner goes out on the hottest day of the year or the water heater fails when you have out of town visitors.

If the convenience of having things work doesn’t justify maintaining your home’s systems, consider that it can be less expensive than the results of neglect causing repairs or replacement.

The early fall is a great time to take care of these items before the weather becomes harsh.

Posted by Lizbeth Uribe at 10:03 AM No comments:

Money Down the Drain 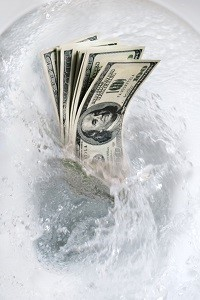 Private mortgage insurance is necessary for buyers who don’t have or choose not to put 20% or more down payment when they purchase a home.  It is required for high loan-to-value mortgages and it provides an opportunity for many people to get into a home who otherwise would not be able.

The problem is that it is expensive and a homeowner’s goal should be to eliminate it as soon as possible to lower their monthly payment and avoid putting good money down the drain.

FHA loans made after 6/1/13 that have 90% or higher loan-to-value at time of purchase have mortgage insurance premium for the life of the loan.   FHA loans made prior to 6/1/13, can have the MIP removed after five years and if the unpaid balance is 78% or less than the original loan-to-value.

Conventional loans, in most cases, with higher than 80% loan-to-value require mortgage insurance.  The cost of that insurance varies but with a $250,000 mortgage, it could easily be between $100 and $200 a month.

If you plan to remain in the home or to stay there for a considerable number of years, the solution may be to refinance the home.   If the home has increased since it was purchased, the loan-to-value at its new appraised value may not require PMI.  You might even be fortunate enough to obtain a lower rate than you currently have.

Posted by Lizbeth Uribe at 11:14 AM No comments: 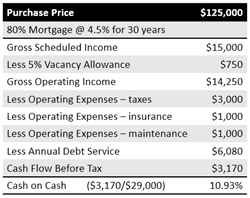 Many years ago, Las Vegas hotels would entice customers with inexpensive rooms, meals and entertainment so they would gamble.  It may have worked initially but if you’ve been to Las Vegas recently, the bargains are gone.  Hotels expect each division to be a profit center on its own.  As a consumer, I might not like the changes but as an investor, I’d have to be pleased with increased profitability.

Years ago, real estate investors used to accept negative cash flow buoyed by tax incentives in hopes of making a big payday due to appreciation when they sold it.   Today’s investors are focusing on tangible, current results like cash flow and equity build-up.

Cash flow is the amount of money you have left over after collecting the rent and paying the expenses.  Since rents have gone up considerably due to supply and demand in the last few years and mortgage rates are at near record lows, income is up and expenses are down, making the cash flows attractive.

Low down payments on investor properties are also a thing of the past.  Non-owner occupied mortgage money is available but the investor should expect to put down 25-30%. An advantage of having a smaller mortgage is a lower payment.

Most mortgages are amortized loans with both principal and interest due with each payment.  The forced savings of the principal contribution builds equity in the property and can be considered a part of the rate of return.

Without factoring in appreciation or tax advantages, this rental example generates much more than most alternative investments.  There certainly are many different aspects that affect the risk and return on rental investments.  If you haven’t scrutinized single-family rental opportunities in a while, you should look again.

Posted by Lizbeth Uribe at 1:37 PM No comments: